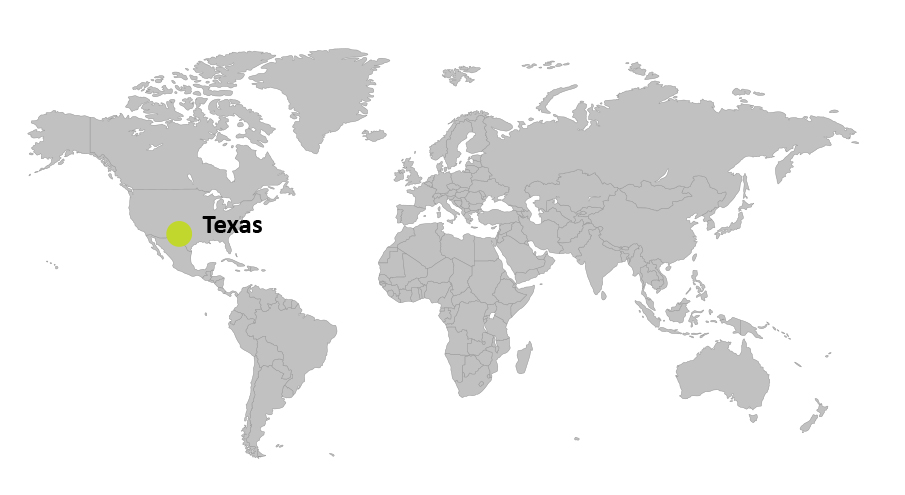 In the Permian Basin, full cement returns to the surface are not typically achieved in Loving County, Texas. In one 15,408-ft. well with 5½-in. casing, the plan was to pump cement back to the surface. Prior attempts, even those utilizing light-weight beaded slurries, were not successful.

Conventional spacer with light-weight slurries did not work and the cement service company needed a better solution to get cement back to surface. The cement service company selected the SHIELD BOND spacer system and the SHIELD BOND LC3k additive. Built on proprietary Wellbore Shielding® chemistry, the SHIELD BOND loss-prevention spacer system goes beyond the traditional spacer functions of separation and mud displacement. SHIELD BOND is specially formulated to allow cement circulation to the programmed top of cement (TOC) where the equivalent circulating density (ECD) window is tight, or in fragile and fractured formations.

In this example, 100 bbls of 9.7 lb/gal SHIELD BOND spacer system was pumped ahead of the cement. The spacer was designed with 20 lb/bbl of spacer concentrate and an additional 10 lb/bbl of the SHIELD BOND LC3k.

With the SHIELD BOND spacer system pumped ahead of the cement, not only was the cement circulated to the surface, but it was done with a less costly 10 lb/gal lead slurry instead of the costlier 9.5 lb/gal recipe that had been standard in that area. Along with the physical observation of cement returns to the surface, proof of spacer effectiveness can be gathered from Figure 1. Note the smooth and steadily increasing pressure curve during the displacement period (15:50 – 16:45), after the bottom plug lands (see small spike) until the final spike is observed when the top plug lands and seats with 5000 psi. Further proof of the complete circulation achieved in this job is obtained with the comparison of the pre-job simulated displacement pressure, which is required to lift the cement (245 minutes to 290 minutes), and the actual displacement pressure measured during the job. Losses are not considered during this pre-job simulation. If losses were occurring during the job, the lift pressure would decrease and there would be a divergence between the two pressure curves. In Figure 2, both pressure curves remain parallel, until the plug lands. By circulating the cement to surface on the first try, substantial savings were achieved by eliminating the rig time and cementing costs associated with a top job, and the time and cost for a bond log. 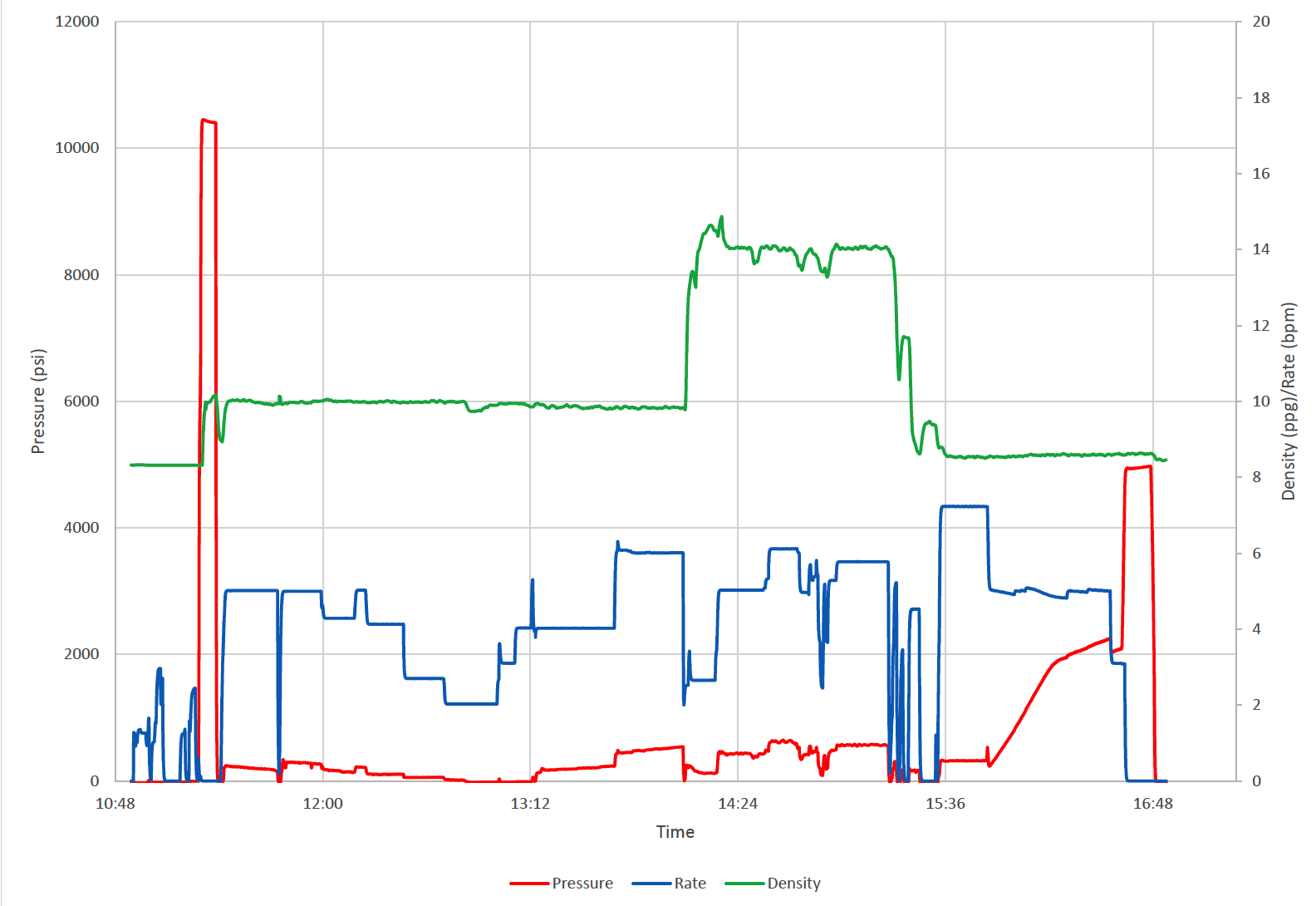