Wellbore Stability Maintained Through the 8½-in. Reservoir Section with FLC 2000® in Egypt 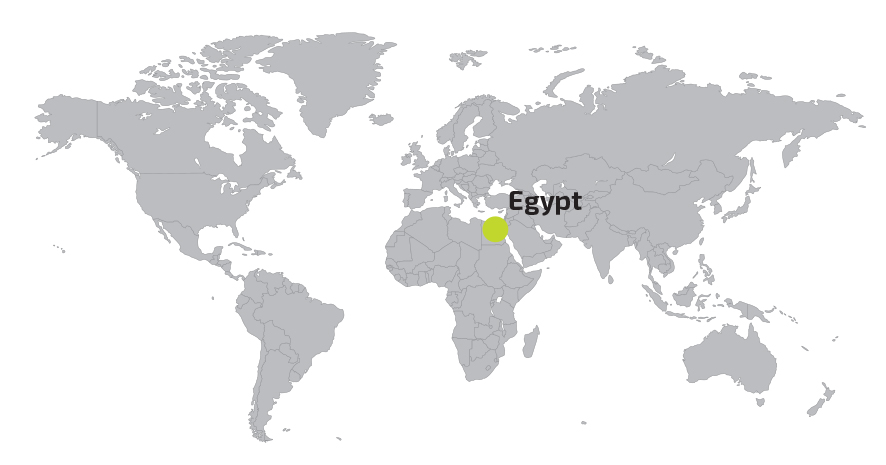 An operator drilling in the Egyptian Western Desert region routinely encountered wellbore instability issues in the 8½-in. reservoir section. The interval was often not drilled to planned total depth (TD) due to wellbore instability issues. With the increase in drilling days, and multiple attempts to reach TD, the shales often became unstable during the prolonged exposure while wireline logging. Severe cavings produced large washouts and the hole packed off. As a result, logging could not be completed, and tools became stuck. Accordingly, it was a challenge to run casing to the planned depth and produce an effective cementing job.

An analysis of the shale revealed the cuttings were not reactive (low methylene blue test (MBT) results and low smectite content). However, the shale was clearly bedded and fissile. Cavings recovered from the hole were blocky and showed evidence of slickensides and mineralized fractures. The shale characterization indicated that the instability was due to the invasion of drilling fluid along bedding planes and into fractures.

To prevent fluid invasion, FLC 2000 was selected by the operator to be incorporated in the drilling fluid system. A KCl/polymer water-based mud (WBM) with a density of 9.5-9.9 lb/gal was used to drill the problematic interval. FLC 2000 was added to the active system at 4.5 lb/bbl with the objective to maintain a sand bed test (SBT)value of less than 5 cm.

The vertical 8½-in. section was drilled from approximately 6000-ft. to 9400-ft. with no issues. Three wireline logging runs were completed with positive results. The 7-in. liner was ran and cemented without problems. In addition, the operator did not require a conditioning trip prior to running the liner.

Wellbore stability was achieved during drilling, logging and cementing operations. The caliper log exhibited an average gauge hole of 8.8-in. The operator indicated this well was the most trouble-free well drilled in this field.