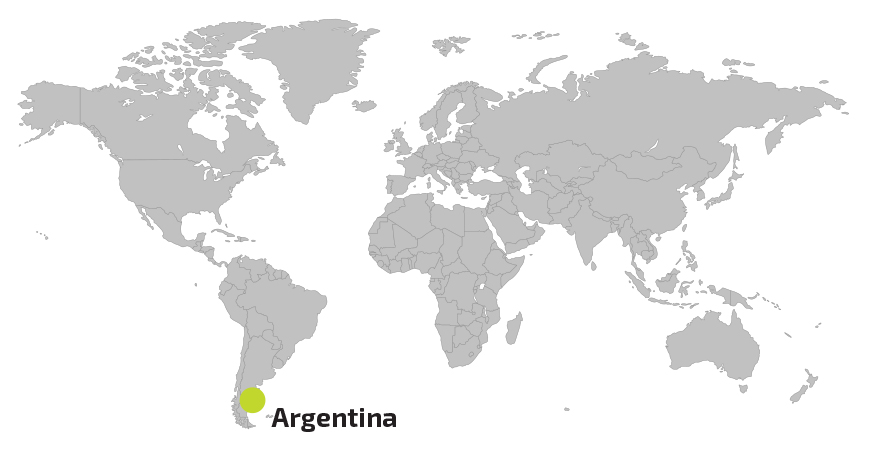 Due to wellbore instability and lost circulation, the operator decided to use a technique known as casing drilling, whereby casing is run simultaneously during the drilling stage. At 1,600 m (5,249 ft.) a severe loss of 95 – 125 bbl/ hr was encountered which dramatically increased in the next 15 m (50 ft.) to 180 – 220 bbl/hr. During the drilling stage, several lost circulation pills were pumped at different depths with little success. It was determined that 7,235 bbl of drilling fluid was lost in reaching the programmed total depth (TD) of 2,490 m (8,169 ft.). To be successful, the cementing job would require controlling pressure and mitigating wellbore instability as the cementing job added the challenges of using fluid heavier than the drilling mud and must be pumped through the same narrow, and potentially unstable wellbore spaces without loss of circulation to achieve the programmed top of cement (TOC).

In order to increase the chance of having a successful cement job despite having lost more than 7,200 bbl of mud during drilling, the service company proposed pumping a unique spacer to mitigate losses. Based on the SimShield® software and lab testing, the team proposed using Wellbore Shielding® Technology, specifically the SHIELD BOND® spacer system enhanced with SHIELD BOND® LC3K to seal the fractures and stop the lost circulation. SHIELD BOND spacer is an ultra-low invasion system that seals fractures up to 400 µm and effectively extends the ECD window to help prevent induced losses during the cementing jobs. The spacer was enhanced with SHIELD BOND LC3K additive creating a system capable of sealing fractures of up to 3,000 µm.

This customized spacer technology mitigated the downhole losses allowing the cement to be successfully placed in the well. The well was successfully cemented without lost circulation and the required TOC achieved. This was verified with a pressure match based on the final pressure readings and further confirmed by the cement bond log (CBL) indicating a successful cement job.