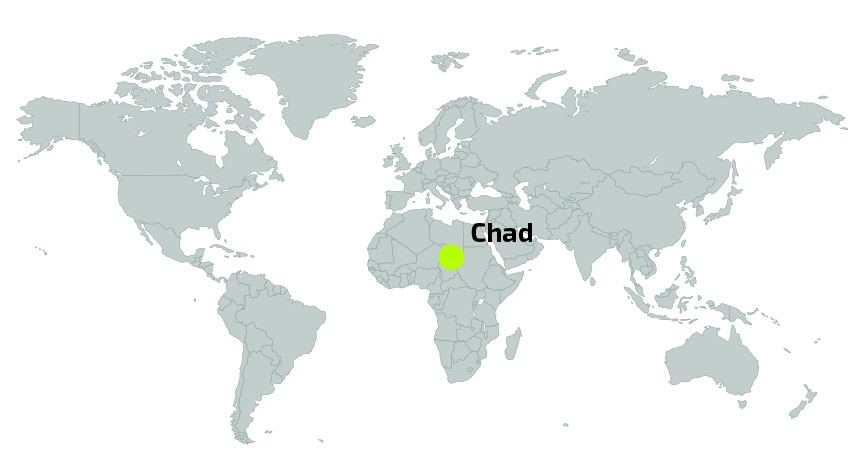 The review of offset wells shows the most severe cases of hole washout occurred through the Sokor Shale and Eocene Sands. In the offset wells in Chad, a conventional bentonite mud system with no chemical inhibition was used; suggesting inadequate shale inhibition as the driver for instability. However, in offset wells in Niger, a KCL and KCl / PHPA polymer fluid system was used, therefore the driver for instability (and washout) is in part geo-mechanical with structurally weak formations, as well as reactive shales in the formations.

The Paleogene Sokor-1 & U Cretaceous Madama sandstone reservoir unit is composed of primarily heterogranular quartz sandstone and fine-grained quartz sandstone, and some silty and medium quartz sandstone. General porosity range for the reservoirs is 20 – 25% and permeability range is 250 – 600 mD, the reservoirs are of high porosity and medium-to-high permeability, with fairly high storage capacity. Madama sandstone is more often seen as functioning as a lateral migration pathway for HC due to good connectivity and poor preservation. Vertically, under the regional Sokor-2 cap, Sokor-1 can be subdivided into sand groups from E0 to E5, with single group thicknesses of 20 – 30 m. This interval is a major oil and gas interval in the Termit Basin. As the Madama sandstone can’t form effective vertical sealing, the oil and gas may accumulate in local reservoirs in the Yogou system. The Upper Cretaceous Yogou Formation reservoir is made up of primarily fine-grained quartz sandstone, and some siltstone and silty fine sandstone. The reservoirs in this formation generally have single sand horizon thicknesses of < 10 m; with a porosity range of 14 – 20% and permeability range of 10 – 100mD, they represent medium porosity and medium permeability reservoirs.

Due to the nature of mechanical instability in the drilling formations, a preventative approach to enable wellbore stability was used. Once the pressure from the wellbore (Phyd or PECD) invaded the formation, via insitu or induced fractures, bedding planes or pore throats the change in pressure across the wellbore wall is reduced or eliminated. The stresses in the near-wellbore can overcome the confining pressure of the fluid column and collapse occurs. Often the first mitigation is to raise mud weight, but if this is done after the change in pressure has been reduced and/or eliminated, it will often compound the issue as this higher pressure now further enhances fracture propogation and/or spalling and collapse. This mechanism requires a preventative rather than curative solution, in order to avoid formation collapse and wellbore enlargement.

The first exploration well of six was completed Job was completed successfully. The well was drilled to total depth (TD), logged for 5 days, and had a gauge hole on the caliper. The operator extended TD and logged again. On re-entry, the operator experienced one obstruction around 1580m measured depth. Reamed this section and had no problems. The well with FLC 2000 was drilled open hole, the casing has yet to be ran.